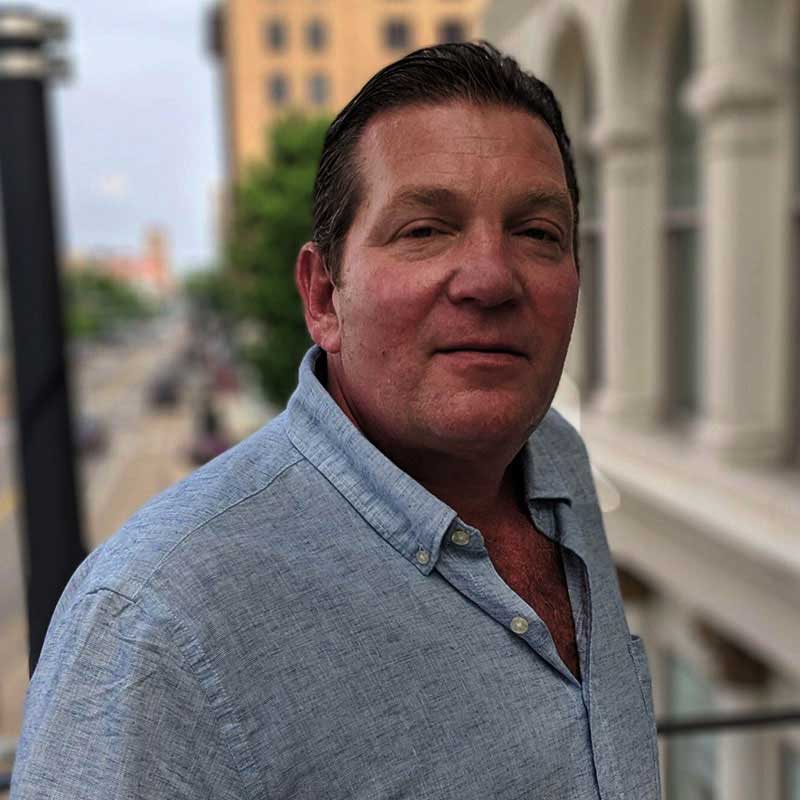 Jeff was born and raised in Pittsburgh PA and the third generation in the apparel business, exposed to the industry from an early age.  After attending Ohio University in 1983, Jeff was eager to start a career in apparel and sought work with Wrangler Jeans.  He was hired as a trainee in New York and quickly gained keen awareness of the apparel environment and honed his skills as an outstanding customer service representative.   Jeff’s experience and aptitude in numerous aspects of the business, from sales to manufacturing, earned him the New England territory.

With Jeff’s growing apparel sales experience, he soon found himself in the school uniform industry where he represented Kaynee, a school uniform shirt specialist.  In 1990 Jeff went to work for one of New England’s premier school uniform suppliers where he eventually became a partner.  After 27 years as partner/retailer Jeff saw an opportunity with A+ School Apparel so joined the sales team as an experienced and seasoned player.  Jeff’s product knowledge is complimented by his desire to initiate conversation and solve problems.  He genuinely loves connecting with his customers, serving them in various ways that result in successful business management and reliable uniform product.

Jeff resides with his family North of Boston on the Seacoast of New Hampshire.  The beach is a favorite pastime and, of course, so is spending time with family, especially his granddaughter.

We use cookies on our website to give you the most relevant experience by remembering your preferences and repeat visits. By clicking “Accept All”, you consent to the use of ALL the cookies. However, you may visit "Cookie Settings" to provide a controlled consent.
Cookie SettingsAccept All
Manage consent

This website uses cookies to improve your experience while you navigate through the website. Out of these, the cookies that are categorized as necessary are stored on your browser as they are essential for the working of basic functionalities of the website. We also use third-party cookies that help us analyze and understand how you use this website. These cookies will be stored in your browser only with your consent. You also have the option to opt-out of these cookies. But opting out of some of these cookies may affect your browsing experience.
Necessary Always Enabled
Necessary cookies are absolutely essential for the website to function properly. These cookies ensure basic functionalities and security features of the website, anonymously.
Functional
Functional cookies help to perform certain functionalities like sharing the content of the website on social media platforms, collect feedbacks, and other third-party features.
Performance
Performance cookies are used to understand and analyze the key performance indexes of the website which helps in delivering a better user experience for the visitors.
Analytics
Analytical cookies are used to understand how visitors interact with the website. These cookies help provide information on metrics the number of visitors, bounce rate, traffic source, etc.
Advertisement
Advertisement cookies are used to provide visitors with relevant ads and marketing campaigns. These cookies track visitors across websites and collect information to provide customized ads.
Others
Other uncategorized cookies are those that are being analyzed and have not been classified into a category as yet.
SAVE & ACCEPT